I started my career path as a design and animation artist on 1999 when I founded Didar Film, a small production studio, where I produced and directed over 50 TV commercials, managed numerous print campaigns and designed several websites. While active in advertisement industry, I graduated in Cinema MFA from University of Tehran, then initiated a part time career as a casual lecturer in some of top universities of Iran, teaching animation, filmmaking, color theory and design courses. During 2009 to 2011, I worked with Touchwood Animation in London and then in 2011, I moved to Istanbul, where I worked as creative media, animation and visual effects artist with many companies including Ulkutay Productions, Cordoba Animations, Imaj Post Productions, CherryCherryVFX and Genius Park. In Dec 2015, I moved to New Zealand to study PhD in Arts and Design at AUT. My research project is a practice-led enquiry to bridge between identity theories and narrative forms. I also use a variety of technologies including Motion Capture, Deep Learning, Virtual Human and Advanced Dynamic Simulations in my practice. On 2016 I started lecturing as a casual lecturer at AUT Digital Design department teaching animation, game and visual effects courses. From May 2016 to May 2017 I worked for Yukfoo Studio in Auckland as a senior animation artist. From May 2017 to Feb 2018, I worked for Toybox NZ as CG Supervisor. Based on my industry background as well as my part-time teaching experiences, on 2018, I have been offered the lecturer position at Animation College and on Feb 2019, I became a full-time tenured lecturer at AUT. 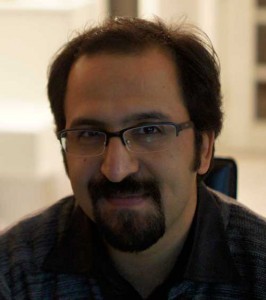